It needs cutting back

Busy friend: Have you seen the state of it? I’m going to go out there and tidy it up. I’ll hack it into submission. I don’t have any time at all for fancy techniques or anything.

Me: [Deep breath] Look, in this post, I’m going to tell you a little about summer pruning: what the point is, and how to do it. Just bear with me: it might make things easier.

Work with the plant

The key to all pruning is to enhance the plant’s qualities so it becomes more beautiful and more productive. It’s not just hacking plants to size or to look a bit tidy. Pruning a plant will give it:

Rambler roses, like the wonderfully named and enormous Rambling Rector, flower on growth that happened late last summer and autumn. After they’ve flowered in June or July, ramblers often produce lots of strong fresh growth, sometimes from the base of the plant, in late summer. This new growth, together with the old growth, is what you should work on for lovely roses next June and July.

While you’re about it, you could also thin out some of the old wood on enthusiastically rampant honeysuckles. 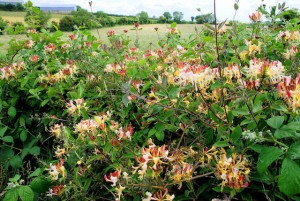 Be flexible with pruning

With summer pruning of shrubs such as Weigela and Philadelphus (mock orange), you’ll be taking out the old flowered pieces of wood. You have to be flexible, though, and adapt pruning to the weather, the location and the vigour of the plant.

'If it’s been a particularly dry year, or a particularly late year where the shrub’s flowered late, or it’s been over-pruned in the past, it’s fine just to give it a year off. Let the shrub recover and then go back to the normal shrub pruning the following year.' 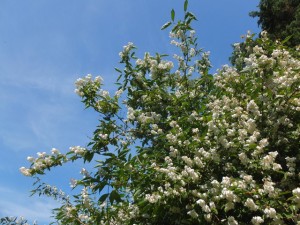 Let the sunshine in with summer pruning!

One of the two of us who write this blog has espalier apples and, sadly, it isn’t me. I do know, though, that summer pruning allows more sunlight onto the fruit to ripen it. And it will help to produce good crops next year. It’s the main form of pruning for restricted forms of fruit like espaliers, cordons, fans and pyramids.

When you prune varies, depending on where you are in the country, but it should be when the bottom third of the new shoots is stiff and woody. Generally, that’s from mid-July for pears and from the third week in August for apples. To reduce the possibility of the tree shooting again, you can leave this job until late August.

You’ll be taking off anything you can’t train into the basic shape. So cut it back, leaving just three pairs of leaves.

Summer pruning is a job well done. Time for some summer pudding with berries? A little cream with that? 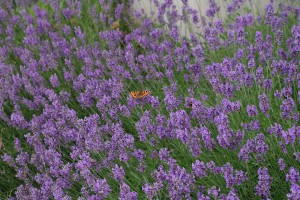 The exam period - how the garden can help before, during and after
Read post
Product added successfully to your shopping cart.