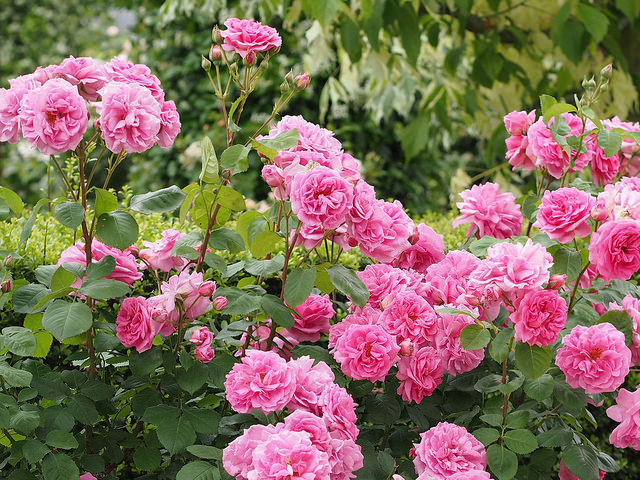 Shrub roses, hybrid tea roses, buddleia - it’s time to get out the secateurs again for a spot of pruning.

Yes, again. Pruning is a year-round activity but different trees and shrubs are pruned at different times.

Remind me why we prune trees and shrubs at all

There are three reasons.

A word about congestion

You know how horrible you feel when you’re congested with a cold? Or when you’re stuck in traffic congestion? Well, plants hate it too because they need light and air around their branches in order to thrive. So if awkwardly placed branches are making the plant a bit congested and new shoots are shooting happily, take out the old branches. Remove suckers too, and any parts which are becoming invasive.

Bear the natural shape of the plant in mind, though, because some plants, like shrub roses, have a graceful habit which can be spoilt by reckless pruning!

OK, which plants are for the chop in the late winter / early spring?

In late winter / early spring we’re interested in pruning deciduous (= not evergreen) trees and shrubs which flower after the end of May. That’s because they flower on new wood. If you cut the old wood back hard the plant will then grow vigorously and flower on this new growth. And that’s what we want. So cut the old wood back drastically, before growth starts, leaving just a couple of growth buds on each branch.

Late winter / early spring is the time to prune shrub roses and hybrid tea roses. Tackle them when growth is just starting up again, that’s usually in mid-February in the south. For those of us in northern and colder areas it's best to wait until March.

Shrub roses are a very diverse group of roses, usually larger and thornier than modern bush roses. Their flowers are often scented. Many shrub roses are suitable for hedging as well as being grown as specimen plants.

Hybrid tea roses usually have only one flower per stem and tend to flower in three flushes from summer to late autumn. Types of roses can rapidly get complicated for the amateur so, gratefully, let's be advised by the RHS which says:

If you inherit an overgrown rose and don’t know what type it is (and don’t want to wait until summer when it flowers), it is best to prune as for a hybrid tea.

It’s getting a bit late to prune climbing roses which are best tackled in autumn and winter but you might get away with it!

If you’re out and about with a pair of secateurs in your hand, do make sure you prune the buddleia too. That’s Buddleia davidii, the butterfly bush, whose flowers come in gradations of white, mauve and purple-red. From July to September, when the flowers are big and abundant, butterflies cluster on buddleia drinking the honey-scented nectar. Bees and other insects love it too.

If buddleia isn’t cared for in late winter / early spring it can grow into a large and gaunt bush with small flowers perched up at the top of bare branches - to be seen on unloved buildings and railway embankments everywhere. Give it a chance by pruning it now so that it produces lots of big showy flowers in the summer. All you have to do is cut back last year’s growth to within 2”/5cm of the old wood. Buddleia is generally very tough so if you're feeling keen or reckless, you could cut it back fairly safely to within 6"/15cm of the ground. 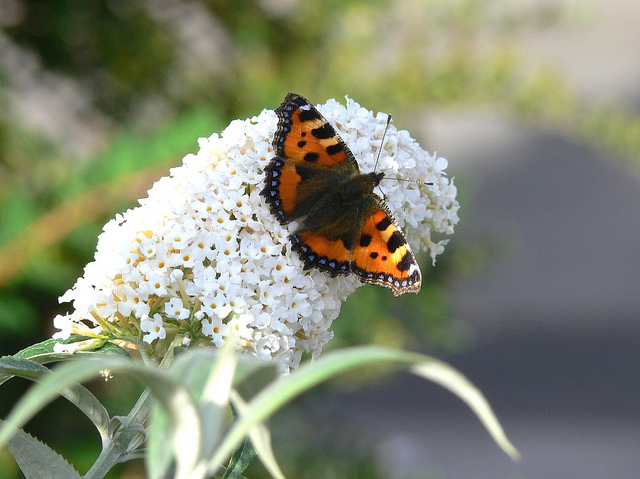 Lovely coloured stems are produced in winter by some of the dogwoods (Cornus), some willows and the white-stemmed bramble (Rubus). The colour is much brighter on new bark so cut the plant back hard now to produce new stems next winter. Many gardeners don’t want the gap in their gardens, though, so they cut back only half or perhaps a third at a time – so the whole plant gets pruned over two or three years. 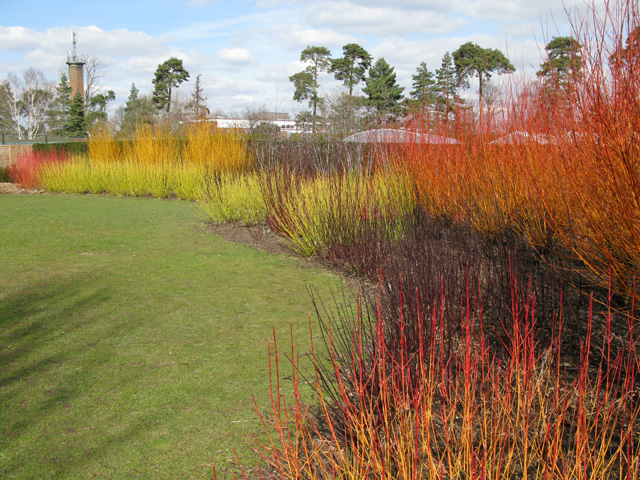 We've talked about choosing secateurs before and also suggested them as a good Christmas present. Are you thinking about buying your first pair? Or perhaps you think you might need another pair! 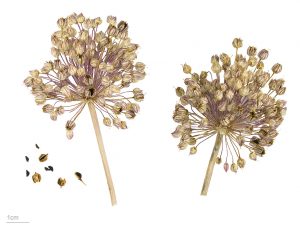 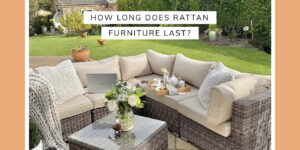 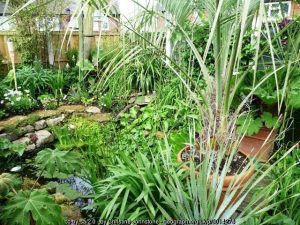