Using our gardens: what the Queen has seen

Using our gardens: what the Queen has seen 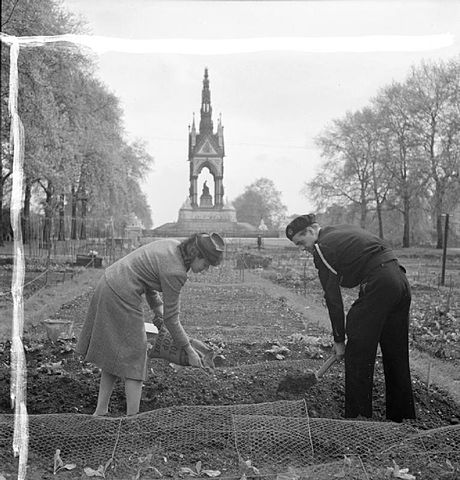 People who are in their 90s (like the Queen, born in 1926) and in their 100s have seen great changes in how we use our gardens. When they were children during the Second World War, they dug for victory to grow the family's fruit and veg. After the War came a time with more leisure time and more flowers. Nowadays, we use our gardens for relaxation, entertaining and - still - growing fruit and veg.

Dig for Victory - fruit and vegetables

It was the Second World War that really shook up how we used our gardens. In 1939, Britain imported a huge 70% of its food from other countries and the merchant ships carrying it were very vulnerable to enemy attack and blockades. Britain had to feed itself and not rely on getting food from elsewhere in the world.

Enter the Dig for Victory campaign. This called for every man and woman to keep an allotment. Lawns and flower-beds were turned into vegetable gardens. Chickens, rabbits, goats and pigs were reared in town gardens. Pigs were especially popular as they could be fed on kitchen waste.

Princess Elizabeth (to become the Queen in 1952) and Princess Margaret Rose played their part in the campaign and there are pictures of them working in the garden.

On 22 December 1943, The Crookwell Gazette, an Australian newspaper, reported:

Since the outbreak of war, Princess Elizabeth and Princess Margaret have been digging for victory in their allotments on the East Terrace of Windsor Castle. The East Terrace, which is about the size of a cricket field, was open to the public before the war and visitors remember the magnificent show of flowers that surrounded the central fountain. Today, the area has been converted into a vegetable garden.

The young princesses joined over 1.4 million people who had allotments and grew their own food.

Dig For Victory, 1942. A woman and a Westminster Civil Defence Warden spread manure on their allotment in Kensington Gardens, a Royal Park. Behind them is the Albert Memorial. Photograph D 8334 from the collections of the Imperial War Museums. In the public domain.

More leisure and flowers in our gardens

After the war food imports started to increase again. Other things changed too. Smaller and cheaper fridges became available – so food could be kept more easily and you didn't have to shop for food every day.

Then self-service shops and supermarkets came along in the late 1940s and early 1950s, and food rationing ended in 1954, at long last, after 14 years.

All this meant that producing, buying and keeping food was no longer such a challenge and so people had more leisure time. Time to grow dahlias rather than leeks and cabbages. Or time to do practically nothing at all in the garden.

In 1953, Edward Stewart wrote to his sisters from the Ford Hotel, Toronto to say he had

seen the future and that it is called ‘garden centres’.

Garden furniture has become much more comfortable, and nowadays more entertaining takes place in our gardens. When did barbecues reach Britain? Perhaps it was around 1997. Grow your own - organic

Over time people have started to realise that there really is nothing like the taste of your own carrots or beans or strawberries or raspberries. Imported / supermarket fruit and vegetables are convenient, yes, but their taste usually doesn’t hold a candle to those you grow yourself.

Then there are questions about the chemicals used to grow fruit and vegetables. If you grow them yourself you know what’s involved. You can be as organic as you like.

And another question - what about food miles? That’s the distance food is transported, from its place of production to where it is consumed. Food miles are a way of assessing the environmental impact. Does it really make sense to import food from the other side of the globe?

Growing your own has never gone away and it seems to be getting more and more popular. You don’t have to dig up the entire back garden or install a pig nowadays. But you might put down a raised bed and grow some cut and come again salad greens or you might take on an allotment (put your name down if there's a waiting list). Many of us like to use our leisure time for that. 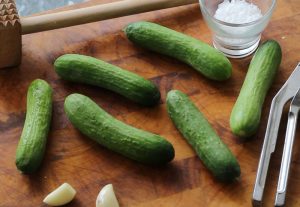 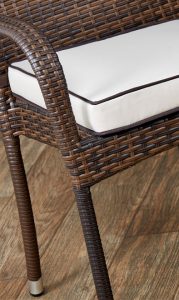 How to care for your rattan garden furniture, come rain or shine
Read post
Product added successfully to your shopping cart.