Plant crown imperials in autumn and they flower in spring

Plant crown imperials in autumn and they flower in spring

Crown imperials in February? Yes, I know that you plant them in autumn and they flower in April or May. Reading about this remarkable plant in February, though, might lift our spirits as this month is often bleak, even though it’s short.

Grown in Britain since before 1590

Crown imperial fritillaries (Fritillaria imperialis) come from Turkey, Iran and Kashmir and they’ve been grown in cottage gardens in Britain since before 1590.

Stout stems hold large heads of bell-shaped flowers beneath a tuft of bright glossy green leaves rather like a pineapple. They grow 1m/3ft tall, with a spread of 45cm/1.5ft. There are a number of varieties, the oldest of which is yellow (‘Lutea’). There are also orange forms: ‘Aurora’ – orange-red, ‘Orange Brilliant’ – rusty orange and ‘Premier’ – pale tangerine with purple tinged veins. Rubra is red and there are two with variegated leaves (‘Aureo-marginata’ and ‘Argentea Variegata’).

Crown imperials have a foxy smell which people seem either to like or loathe. Some say the smell repels moles and rodents from your garden.

Watch out for (and eradicate) slugs, snails and the bright scarlet lily beetle.

To make the best use of space in a border you could follow John Brookes’ advice to plant crown imperials so they grow through peonies. He reasons that ‘both hate being moved and one is over before the other shows much life’.

Crown imperials make a big statement in a pot but they don’t grow as tall as in the open ground. After flowering, plant them out in the garden where they will flower next year.

Fritillaries contain the highest quantities of DNA known in any plant or animal species. This makes them of particular interest to plant scientists.

Keep your eyes open for crown imperials this spring. Would they suit your garden? 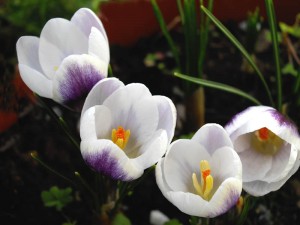 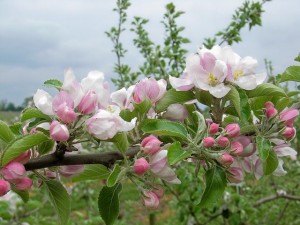 Plant for fruit from your garden
Read post
Product added successfully to your shopping cart.